Bolton close gap on Sheffield United at top of League One 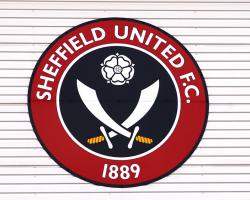 Tope Obadeyi put the Latics in front just before half-time, but the Blades were level early in the second half when Jay O'Shea drilled in a low shot from the edge of the penalty area

Mark Beevers headed the visitors in front six minutes into the second half, with Adam Le Fondre netting from close range in the 65th minute to secure a fifth straight win.

Third-placed Fleetwood could only manage a goalless draw at Bury

Nile Ranger put the Shrimpers ahead in the 35th minute with his third goal in as many games, and Simon Cox wrapped up the points 30 minutes later as Phil Brown's men recorded a third successive win

Millwall, though, saw their top-six hopes dented with a 1-0 defeat at Swindon, where midfielder Conor Thomas scored a dramatic winner deep into stoppage time to boost the Robins' survival hopes.

The visitors took the lead after 16 minutes through Ian Henderson, with Callum Camps doubling the advantage five minutes before the break, but there was still time for Dale midfielder Jamie Allen to net a third.

The Spireites netted a consolation from Kristian Dennis early in the second half, but finished the match with 10 men after substitute David Faupala was dismissed for violent conduct in stoppage time and remain 10 points from safety