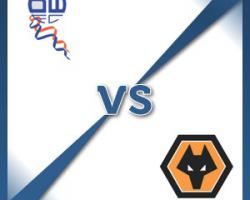 Bolton V Wolverhampton - view commentary, squad, and statistics of the game live.Duo set for Bolton bowsNew signings Adam Le Fondre and Rochinha are expected to boost Bolton's attacking resources ahead of the game against Wolves.Neil Lennon welcomes the duo into the squad for the first time after completing loan deals during the week to strengthen a side depleted by injuries.Emile Heskey suffered a hamstring strain at Liverpool at the weekend and is set to be out for a while, but Lee Chung-yong should return after a shin problem, despite being linked with a move away.Zach Clough is also due to return after sitting out Tuesday's loss to Rotherham but Marc Tierney (ankle), Mark Davies and Max Clayton (both knee) remain absent.Wolves have no fresh injury worries for the trip to the Trotters.Bakary Sako will be back from the African Nations Cup after Mali's elimination - where they were knocked out after drawing lots with Guinea - but is unlikely to play